A New Paradigm for Themed Entertainment in China, part 4 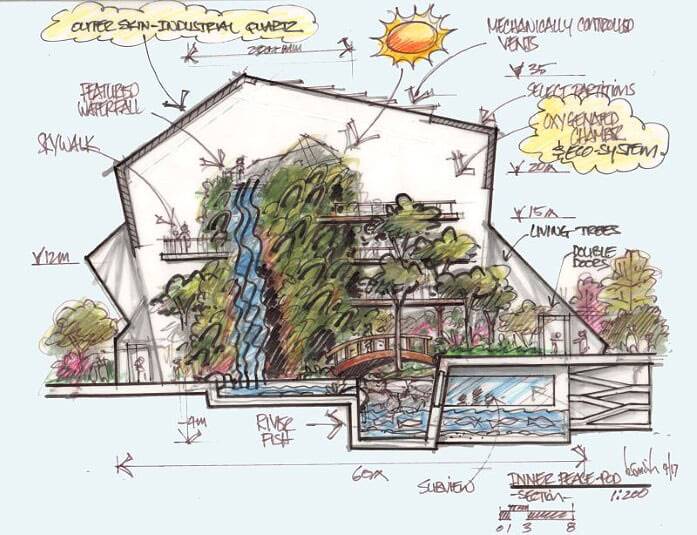 The last installment introduced the idea of Genius Loci and its need.

Just like one will know a person by the friends they keep or what kind of tree it is by its fruit, one can trace the Genuis Loci or, Spirit of a Place by its accompanied features.

How to find the Genius Loci of any location.

First there is, The Formula; People + Nature = Culture

Then there are, The Bits.

Given this formula, one looks at the peripheral elements for identifying the Genius Loci of a perspective location. These “elements” once identified, can now be discussed and included in any future preparations for leisure destinations and development.

Here is a simple graph I scratched out one day to make it clearer. 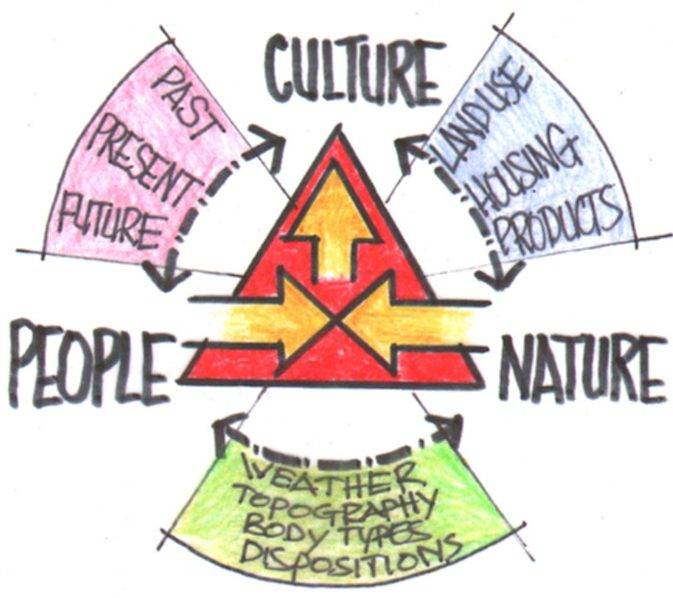 This is where people begin to think I am bat-s**t crazy.

BUT, according to Fundamental Definitions of Responsible Tourism, there must be additional efforts to include the interests of the local populations’ needs in order to create better financial returns. AND before deciphering “a people’s needs”, one must have a working understanding (in other words, additional efforts), of the culture as it exists in its time and place.

Then relevant measures can be taken towards cultural inclusivity, to ensure the longevity and sustainability of the development, or Leisure Destination.

The exclusion of supporting existing culture in current opportunities is a big mistake if one takes into consideration the true nature of eco-tourism. Eco-tourism is defined by not only its natural locations but also the cultural heritage that ensues from such, rendering every location different. Should we follow this process, which is the international trend and not the current model of imposing a mono-corporate culture, or,slash and burn process; we will not only be rewarded with a unique eco-tourist destination and altruistic experience, but more financially rewarding returns.

Lijian and Miao Village Yunnan, are places that maximize their use of the cultures in their natural setting and apply it to the tourism industry. These tremendously successful locations have brought a whole new dimension to the industry applying the new definitions of eco-tourism and leisure destinations.

*A word of caution. These two locations, however are now being used as a model for other places in China without significant analysis of the “Genius Loci”. In other words, the corporate mono-culture is imposing its will for quick profits without considering sustainability or the loss of culture itself, (China’s soul).

At a macro-level consider The Miao people who live primarily in southern China’s mountains, and in the provinces of Guizhou, Yunnan, Sichuan, Hubei, Hunan, Guangxi and Guangdong. Some sub-groups of the Miao have migrated out of China into Southeast Asia (Burma/Myanmar), northern Vietnam, Laos and Thailand). This culture transcends the arbitrary boundaries of their host nations and create a reality dependent and defined by their location, culture and language.

The same holds true at a micro-level in a corporate office environment. You can easily have cultural rifts based on the minuscule differences between those on separate floors, departments or even cubicles. But ALL are defined by the people and their location which creates the perceived culture.

The similarity of these two widely different magnitudes, lies in the fact that these cultures are “organic” and not synthetic. They are grown and not manufactured. Thus, they have an authentic presence that registers on a deeper and more meaningful level of the psyche. In the Leisure Industry, what is lacking in most Chinese venue development, is the awareness of the growing sophistication of the population in general and its need for fulfilling entertainment values. These principles also apply to theme parks.

One might argue that Disney, The Mother of All Theme Parks, has a “synthetic culture” but the fact remains Mickey is 90 years old and America is only 243 years old. That would mean Mickey has been part of the American experience for 27% of its existence. Good, bad or indifferent, Mickey is part of American culture. This IP in particular is no longer synthetic and now lives in China “with Chinese characteristics” (as Disney is fond of saying).

Unfortunately, many developers do not understand this principle but only see Mickey and Friends as valuable IPs which they feel they can also create, totally dismissing the fact that these “entities” have grown up with their population. Hence, we see a veritable plethora of synthetic creations, upon which many parks are built with some working, Hello Kitty and, Lego, to name but two, while most are not even recognized or easily forgotten by the consumer. This lack of a marketable identity causes park operators and developers to wonder why and spend massive amounts of money on (among other things, like incredibly expensive marketing) bigger and better thrills, which are as interchangeable as dinnerware and about as nutritious as candy bars.

There are steps that can be taken to alter the current development debacle and capitalize on what is significant in theme park development, but it is not the purpose of this article to give away all that I have learned in my 20 years designing leisure destinations in China. (After all, I have a family and am still in the business). I do feel beholding however, to inform others that the paradigm has shifted, and it has shifted for the better. The real task will be for the powers that be, i.e. government officials and developers to recognize the importance of this shift, be willing if not courageous to change, never condescend to the buying public and in effect, grab the tiger by its tail. 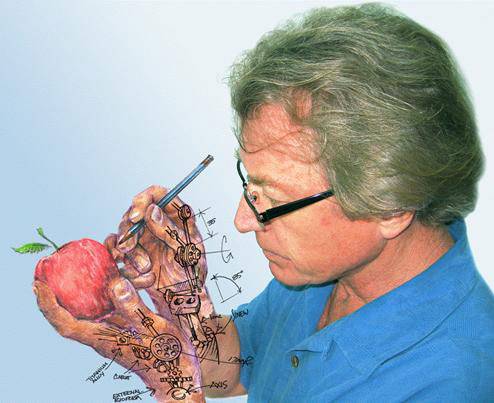 A. It is noted that landscape architecture (including resort and theme park development) is relatively new in China.

B. Examples have been given of trends of the past and present and the need to upgrade the design intent.

C. As pointed out in this text there are several facets to eco-tourism that exceed China’s current definition of land management. Many of them are concerned with the welfare of the culture surrounding those locations as well as the “beautification and ecological upgrading” of existing property. And according to international studies those locations who seek to better the cultural heritage is financially rewarded in turn.

D. There is a movement among superior landscape architecture forces in China that seek to approach a project in terms of the location’s “Genius Loci” and there may be some debate as to how to find or define this term at each location.

E. Propose a simple formula for determining Genius Loci and a direction in which to establish that definition with a list of components to that formula and its relevance to theme park development.

Halloween is coming! Come choose a dinosaur dress up
September 14, 2021

The Experience Disconnect: What You Want vs. What Your Guests Want
August 23, 2021

Is there an argument for building real-world connections between themed attractions across the globe?
August 5, 2021