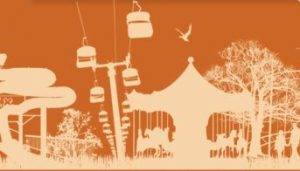 Summary – First to present was Joel Zika, a lecturer at Deakin University and dark ride historian. He presented an historical overview of dark rides and their influence and reflection of local culture throughout dark ride evolution. His presentation established themed dark rides as a repository of localized culture, often drawing from local mining operations and lore.

Comments – This was a fun exploration of mining-themed dark rides within the United States and a good way to kick off the show. My notes included distinctions between thematic elements vs. formatting, a reflection of local community with opportunities to enrich local lore and legend through museology, and a connection to the appropriate technology movement of the 1970’s. The appropriate technology movement prefers technological choices that are small-scale, decentralized, and utilizes local resources for societal gains, most often in reference to environmental sustainability and local economic ventures.

Summary – The second presentation was a work “in progress” piece by three researchers at the University of Central Florida’s Hospitality and Tourism department. The presentation showed survey results regarding consumer reactions to crowds and its effect on loyalty, satisfaction, and visitation. The researchers concluded that crowding isn’t a negative attribute for the themed experience and began a spirited debate among the crowd.

Comments – I relish interaction between industry and academic research and this presentation produced vivid fireworks in a lively discussion between the two perspectives. Industry representatives remarked that guest experience surveys identify crowds (que crowds in particular) as the worst part of the themed attraction experience. The researchers countered the argument by questioning the scientific rigor of the industry surveys and pleaded for industry to give them access. In my opinion the researchers missed a valuable opportunity to draw a distinction between queuing theories and the “standing ovation effect” (which is what I believe they were trying to say in the presentation).

The standing ovation effect is a statistical model that, in basic form, describes social behavior to following the crowd. In other words, if in a theater, audience members in the front of the room begin to stand in applause, others will follow the behavior as a social norm. A similar behavior model exists with celebrity identities and the use of “influencers”.

As an example in the themed attraction context, one of my favorite attractions is Universal’s Diagon Alley. When you enter through the brick wall, one immediately feels as if you stepped into the movie. The crowd adds life just as it did in the movie scene. The user and the crowd become a part of the environment. However, these same crowds can make it difficult to navigate and adds to frustration in the Florida heat. In this case, the crowd provides intrigue and environment while simultaneously causing discomfort and reduced guest satisfaction. This is a very different concept than the que experience.

Summary – This was a fantastic presentation of immersive experiences and architectural design as a storyworld. Meg Cunningham, a PhD student and practice-researcher at the University of Surrey, leveraged her experience as primary on-site art director for AMC’s The Walking Dead: A Walk Through Attraction at Universal Studios Hollywood theme park to shape a conversation of physical space to locate an audience within a story.

Comments – The researcher coins the term “scenography” as the practice of an “other worldly experience” of audience within a physical space. Throughout my career, I’ve heard similar terminology, such as spatial-storytelling and environmental storytelling, to describe this concept. This presentation produced a whirlwind of scribbles in my notebook. I immediately recalled the concept of “democracy of theater”, designing for the collective yet individual experience of perspective in physical space. While perhaps not the point of the presentation, I was drawn to her unique use of wayfinding with subtle path definitions using themed elements like rocks, scenic barricades, characters, and lighting, thereby eliminating scene distractions, such as safety railings. She remarked that some designers refer to the idea of transportation to other-worldly environment but argues that perhaps this goes too far and advocates instead for the concept of absorption in scenography.

Overall, I was pleased with the variety of the first three presentations. The historical and localized context of dark rides, a critical look at crowds on user experience, and the formalization of physical space as scenography broadly covered broad perspectives of the themed attractions industry. It is my hope that future work of TEAAS continues to see industry-academic interaction with collaborations of mutual interest and benefit between the two.  Part two of the TEAAS summary will cover uses of non-linear storytelling as a medium for diminished cognition, an exploration of Chinese theme parks, and the application of service robots in the themed attraction industry. 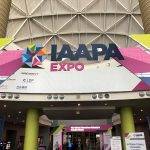