Mark Woodbury, Vice Chairman of Universal Parks & Resorts and President of Universal Creative to be honored with the Buzz Price Thea in Anaheim on April 13.

One of the themed entertainment industry’s highest honors will be presented to Mark Woodbury, Vice Chairman of Universal Parks & Resorts and President of Universal Creative, at the Themed Entertainment Association‘s (TEA) 25th Annual TEA Thea Awards Gala on April 13. Woodbury will receive the distinguished Buzz Price Thea Award for his Lifetime of Distinguished Achievements at the ceremony held at the Disneyland Hotel in Anaheim, California.

Phil Hettema, who was honored with the Buzz Price Thea Award in 2018 and sits on the award committee this year, shared his excitement for Woodbury and his lifetime accomplishments. “Mark Woodbury is a long-time colleague and really a legend in our business. He has accomplished so much and has taken Universal to new heights, so it’s a well-deserved honor,” said Hettema.

A respected thirty-year veteran at Universal Parks & Resorts, Woodbury provides leadership for the design and planning of Universal’s properties worldwide. Since 1988, he has participated in and led many of the theme park brand’s forward momentum and innovation in the themed entertainment space. He came on board during the development of the Florida expansion, opening Universal Studios Orlando, and later Islands of Adventure and Universal Studios Japan.

Under his leadership, Universal Parks & Resorts has developed into a powerhouse of theme park destinations famous for the unique and exciting guest experiences found nowhere else on the planet. He is instrumental in bringing to life The Wizarding World of Harry Potter, Volcano Bay Water Theme Park, Minion Park at Universal Studios Japan, CityWalk, and multiple world-class hotel properties that attract guests year after year. With Universal Beijing Resort on the horizon, Woodbury and his teams will soon create even more experiences for China’s booming tourist industry. 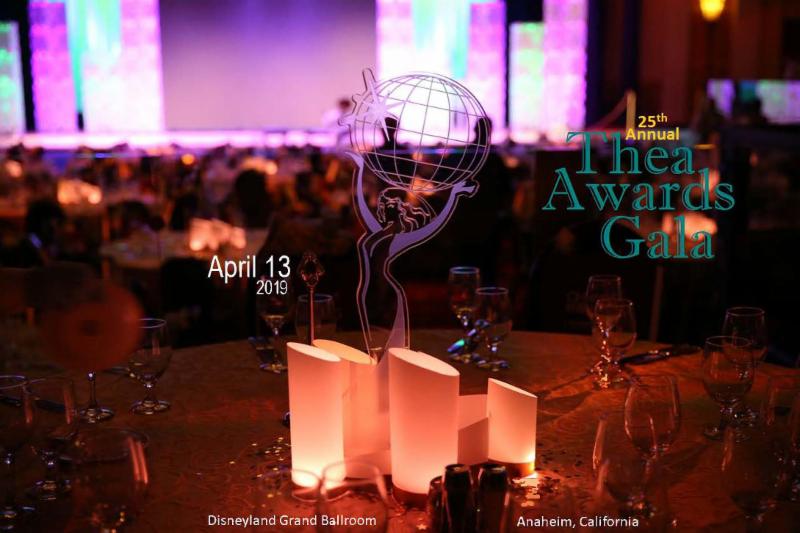 The 2019 TEA Summit conference and TEA Thea Awards Gala held in Anaheim, April 11-13 will bring together top executives and creatives with hundreds of entertainment professionals for networking, education, and celebration in honor of the current slate of TEA Thea Awards recipients. These events are headlined by the best of the global themed entertainment business – industry superstars, creative and tech pioneers, and top projects – all leading the way for international tourism and real estate development.

Woodbury will provide the Keynote address at the TEA Summit on April 11.